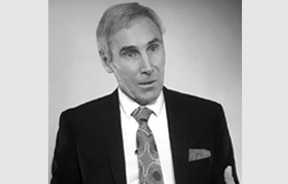 Greg commenced practice with the Aboriginal Legal Service of Western Australia in 1976 in Kalgoorlie. He practised for several years in Western Australia and North Queensland for Aboriginal Legal Services, largely in the area of Criminal Law. He had the conduct of Mabo v Queensland from its commencement in 1982 until judgment in 1992 and has had a practice in Native Title since that time. He was the solicitor for John Koowarta in relation to the High Court's decision of Koowarta v Bjelke Petersen in 1982 and has had a practice in Racial Discrimination and Human Rights since that time. He appeared for the Appellant in Bropho v Western Australia in the High Court in 1990 and has conducted a number of other cases concerning Aboriginal Heritage protection. He went to the Independent Bar in Western Australia in 1993, was founder of John Toohey Chambers in 1999, took silk in 2001, and was made an Adjunct Professor of Law at the University of Notre Dame in 2001 and University of Western Australia in 2016, where he has taught a course on Indigenous Peoples and the Law. He received the Law Award from the Australian Human Rights Commission in 2009.