Looking back at the Rule of Law

The nineteenth century constitutional lawyer, A. V. Dicey, said there were three meanings to the rule of law:

The first and second meanings are directly relevant to the quality of the judiciary and its work and both have to my observation improved significantly in Australia in the last 50 years.

Until 1955 in NSW most magistrates were not required to be legally qualified, gaining their legal knowledge and experience by working as clerks in courts and court house offices. Now, all magistrates are legally qualified. Until 1982, with the passing of the Local Courts Act 1982, magistrates were employees of the Department of Justice, theoretically beholden to their bureaucratic masters. Since then the magistracy has been independent. In my book, The Trials of Justice Murphy, I have described the struggle by NSW magistrates to obtain that independence.

Essential to the proper working of the courts is competent representation. Until the late Justice Murphy became Attorney-General in the Whitlam government, Australia had no universal system of legal aid for those who could not afford to be represented. The introduction by Murphy in 1973 of the Australian Legal Aid Office was the beginning of such a system, particularly important in criminal and family law work.

Until recently the appointment of judges in NSW was an opaque process. It was not unknown for a politician to appoint a friend or colleague to the bench who lacked any judicial qualities. Merit was useful but not compulsory.

In the 2000s some courts began advertising judicial positions, inviting applications accompanied by the names of referees. Some applicants would be interviewed. In theory the system was good, producing worthy applicants who might not have been appointed under the old system. But it had faults, excluding from consideration some of great ability who would not submit themselves to the process. And it did not stop politicians appointing their friends, who would be invited to apply, with an unspoken expectation of success.

The political party in power federally may rid itself of a legally qualified but troublesome colleague when filling a federal court vacancy. The appointment of Justice Murphy to the High Court in 1975 by Prime Minister Whitlam was seen by many as such a device. Fortunately, since that appointment, federal governments of all persuasions have appointed High Court judges who are non-controversial. Federal governments now also consult the states before appointing High Court judges, but they are not obliged to accept their recommendations.

A significant modern improvement in legal practice, and therefore to the rule of law, has been the introduction of online law reports.

Until the late 1990s most barristers had large libraries of law reports. Often it was just not possible to obtain a report of a case when it was needed. If there was a relevant House of Lords report of a case it could be months before the report filtered through to Australian lawyers.

Now, most Australian courts (and all superior courts) put their judgments online, available free of charge, and although English law is far less relevant in Australia now, most significant reports from the UK and other countries are also freely and instantly available online.

Scrutiny of Courts and Judges 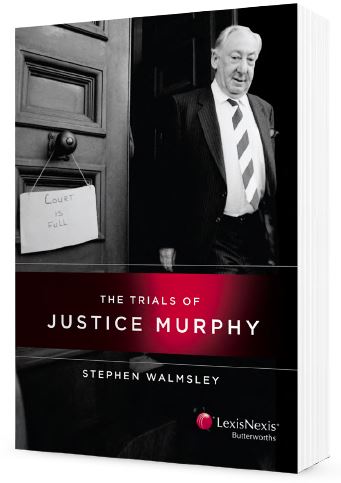 Another great contribution to the rule of law in recent years is the increased scrutiny of judges and their decisions, and the way the courts work. When in 1984 The Age published allegations about High Court judge, Justice Murphy, there was no mechanism to inquire into such allegations. Two Senate committees later inquired into aspects of the allegations, but both committees had imperfections.

After Murphy's acquittal, and following complaints about another NSW judge, the NSW Judicial Commission was created. In the last 30 years it has done much to educate judges and magistrates, holding regular conferences and seminars on legal issues. Importantly, it also inquires into complaints about judges and magistrates. If a complaint is serious enough it may recommend that Parliament vote for the judicial officer's dismissal.

On a related topic, and although not all judges regard this as an improvement, modern legislation now permits the press to obtain copies of exhibits and other evidence in a case, and, in some circumstances, to film court proceedings.

Not all recent developments have been beneficial for the courts. Judges give an oath to judge their cases without fear or favour. When they judge without fear, they are often criticised by ill-educated politicians and radio commentators. There has always been criticism of judges, but modern media gives it greater coverage. Judges do make mistakes, and the courts of appeal usually fix up the errors. But before courts of appeal have the opportunity to hear appeals politicians sometimes jump in with ill-considered law changes. These help win votes from ill-informed members of the public, but they can complicate the laws and make them harder to interpret and apply.

It has to be said too that a harshness has entered our criminal laws in recent times, also the result of political pressure. Certain newspapers criticise the right of accused people to have legal aid assistance. They suggest that if police charge people, they must be guilty. They treat the bail laws as though they are there to punish, rather than to ensure attendance at a trial.

The same commentators sometimes criticise judges for decisions they have never read, without any regard for the evidence and arguments which were before the judge, which they have never heard of.

But all judges would probably argue for a free press, and these barbs from the ill-informed are a small price for that.