Centenary of Ilmar Tammelo | Influential scholar and teacher of jurisprudence 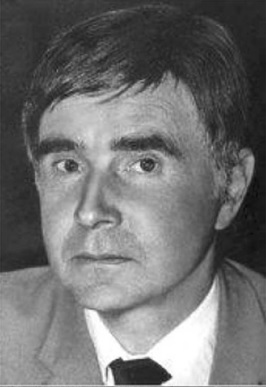 A message from The Hon Michael Kirby AC CMG:

February 2017 marks the centenary of the birth in 1917 of one of the best loved teachers at the Sydney Law School in the 1960s and 70s, Doctor Ilmar Tammelo.

To mark this centenary occasion, I have written an article on his extraordinary life and tried to analyse what it was about him that made him greatly loved by most of his law students: many of whom went on to positions of significance in the Australian legal profession and judiciary.

Ilmar was a survivor of the great sufferings of Estonia in which he was born. His father was killed by the Red Army, seeking to reoccupy Estonia and to crush its independence after the fall of the Tsarist regime in Moscow. He studied law and used to joke that in the space of three years in his own legal studies, he had to move from studying Estonian law, to studying German law and then Soviet law. He was a brilliant linguist and an intense and highly talented legal philosopher. But it was his sweet disposition that made him such an influence on his students. To his intense embarrassment, one group of the students lifted him on their shoulders to honour him for teaching them jurisprudence. Just imagine what they would have done if he had been their teacher of Australian Taxation Law!

Some observers have said that, in order to understand the big shift that came in the High Court of Australia after the end of the Dixon and Barwick years into the Mason High Court, it was necessary to realise how many of the Justices of the High Court of Australia had been taught legal theory by Professor Julius Stone. This is true because Stone propounded modified principles of Roscoe Pound's legal realism. He urged the students to examine not only what the judges said and wrote but what they actually did and decided. Stone taught successively Mason J, Jacobs J, Murphy J (a big influence there, Deane J, Gaudron J, Gummow J, Kirby J, Gleeson CJ and Crennan J. All of these judges were, to some extent, affected by the realism as explained by Stone. But they were also (at least from Gaudron J on) also taught by Ilmar Tammelo. Whereas Stone was remote and formal, Ilmar was approachable, supportive and affectionate as his students discussed with him the fundamental issues of: what is justice? What is equality? What does reasonable mean? And how can fairness be attained in borderline cases?

The centenary article on Ilmar tells of how he left Europe for Australia seeking a better life. How he was required to spend time as a labourer in the Bonegilla migration camp. How he relearned law after the common-law tradition and became a greatly respected law teacher in Australia (whilst never offered a professorial chair). The students of Ilmar will want to remember him and to know more about his often harsh life and fascination with Soviet legal theory. Those who were not his students will want to know how the High Court shifted direction and why that shift in direction basically came about when it did. This is not just legal history or nostalgia. This is Realpolitik applied to the jurisprudence of Australia's highest court.

You can read this in the latest issue of LexisNexis's Australian Bar Review.