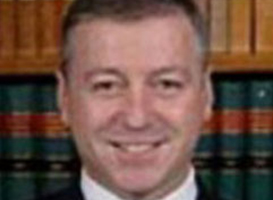 Warwick Walsh-Buckley became a member of the Victorian Bar in 1991 after years of prosecuting and law-enforcement experience and has developed a specialty in defending motorists accused of a range of serious traffic offences including drink driving and refusal offences, culpable driving, dangerous driving and serious speeding matters.

He has published dozens of legal articles and delivered numerous seminar papers over the years on defences to drink driving and related offences for prominent legal bodies such as the Law Institute of Victoria and the Leo Cussen Institute.

He has four tertiary qualifications from Monash University and has lectured in law at tertiary institutions. With prior experience as a Captain in the Army Legal Corps he defended soldiers at court-martial trials. He also summarises important superior court decisions for the Australian Criminal Reports. He is a Criminal Bar Association representative on the Magistrates' Court Users Committee, a previous member of the Police/Lawyers Liaison Committee and the Victorian Bar's Law Reform Committee, and has made submissions to the Justice Department and Law Reform Commission on criminal procedure and traffic laws.