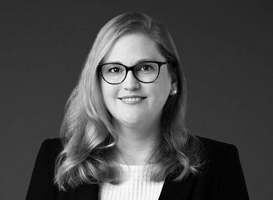 Tessa Herrmann is a barrister at Francis Burt Chambers who practices primarily in native title, resources, and administrative law.

Prior to being called to the Bar, Tessa was a Registrar of the Federal Court and the Federal Circuit Court, where she handled native title, employment and industrial, migration, human rights, and corporations matters. She was also previously In-House Counsel at Central Desert Native Title Services Ltd.