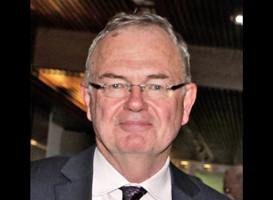 Michael Murray is an insolvency law writer and commentator, with an extensive background in practice in personal and corporate insolvency and Commonwealth regulatory law.

He writes for a number of LexisNexis publications including Practice and Procedure High Court and Federal Court of Australia, Federal Civil Litigation Precedents, Bankruptcy Law and Practice and Business Law of Australia. He founded the Insolvency Law Bulletin in 2001 and has recently become its joint editor.

Michael was previously a lawyer with the Australian Government Solicitor, a Solicitor Assisting on the HIH Royal Commission, and a member of the Corporations and Markets Advisory Committee (CAMAC). He was for several years the Legal Director of the Australian Restructuring, Insolvency and Turnaround Association (ARITA) and in that role was instrumental in the drafting of the ARITA Code of Professional Practice, and in submissions on policy and law on major insolvency reforms, in particular the Insolvency Law Reform Act 2016 and the 2017 "safe harbour" protection for directors.

Michael now writes on insolvency and related law and policy through Murrays Legal, and works with the judiciary and academia as a fellow and director of the Australian Academy of Law, and as a fellow of the UNCITRAL Co-ordination Committee for Australia.  He represents the Attorney-General on bankruptcy registration and discipline committees and advises on law reform and policy. He is a member of INSOL Academics and a post-graduate student at UTS.