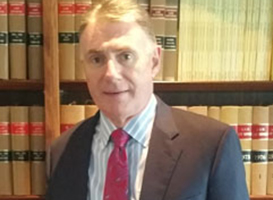 The Honourable Justice Geoffrey Bellew was admitted to practice in November 1983. From 1983 until 1991 he practiced as a solicitor, before being admitted to the NSW Bar. He was appointed Senior Counsel for the State of New South Wales in 2006.

His Honour's practice at the Bar was divided between the criminal and civil jurisdictions. In the former, he appeared regularly on behalf of the Commonwealth Director of Public Prosecutions in cases throughout Australia, both at first instance and at appellate level. Those cases included prosecutions for revenue fraud, people smuggling, importation of large quantities of narcotics and terrorism offences, as well as proceedings under Proceeds of Crime legislation. His Honour?s civil practice focussed upon acting for insurers in various proceedings including personal injury litigation. He also appeared regularly in administrative law proceedings.

His Honour is a former Director of the National Rugby League Limited, and the former Chairman of Directors of the Manly-Warringah Sea Eagles Limited. As a Barrister, he appeared for major sporting identities in disciplinary tribunals, and the Court of Arbitration for Sport. In 2015 he was appointed the Chairman of the Judiciary Committee of the National Rugby League.

His Honour was appointed as a Judge of the Supreme Court of New South Wales on 31 January 2012.