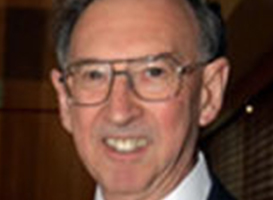 Emeritus Professor Harold Luntz was born in South Africa in 1937, and was appointed Senior Lecturer in Law at the University of Melbourne in August 1965.  In 1970, he was admitted as a barrister and solicitor of the Supreme Court of Victoria and in 1976 was appointed George Paton Professor of Law, a position he held until his retirement in 2002.  He also served as a successful Dean at the Melbourne University Law School from 1986 to 1988.  Following his retirement, he continued to teach in the postgraduate program until 2008.

Emeritus Professor Luntz’s book on the assessment of damages is regularly cited with respect and as authority in cases before the Australian High Court dealing with damages. For the second edition of this landmark text Professor Luntz was awarded the degree of Doctor of Laws by the University of Melbourne in 1983.  In 2000 he was the inaugural recipient of the John G Fleming Memorial Award for Torts Scholarship, and in 2003 he was awarded the AILA Insurance Law Prize. From 2007, the Harold Luntz Graduate Research Thesis Prize commemorating Luntz’s achievements as a “world expert on torts law” has been awarded annually to the Melbourne Law School graduate research student judged to have presented the best thesis in the previous year, provided that the nominee meets an overall level of excellence required for the award.  The Prize specifically honours Luntz’s contribution on the international stage and as a former Dean.

Luntz is also the author of numerous other articles, incisive case notes, engaging book reviews, comments on the direction of the law and other publications. He remains one of the world’s foremost scholars and theoreticians of torts and damages law.

Luntz was made an Officer in the general division in the Order of Australia (AO) in the Australia Day 2019 Honours List “for distinguished service to legal education, as an academic and editor, to professional development and to the community”.