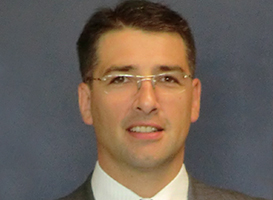 Dr Dominic Katter is a barrister-at-law, mediator, adjudicator and arbitrator.  He has a commercial and administrative law practice at the private Bar.  Dr Katter was called to the Bar in 2001, further to admission as a solicitor in 1998.

Since 2014 Dr Katter has been a sessional member of the Queensland Civil and Administrative Tribunal.

Prior to commencing as a Barrister in 2001, he was articled at Corrs Chambers Westgarth Lawyers, was the Research Officer to the Court of Appeal of Queensland and subsequently the Associate to the Honourable Justice I. D. F. Callinan AC of the High Court of Australia.

Dr Katter is a graduate of Cambridge University where he was a Wakefield Scholar, an alumni of the Harvard Business School, was awarded the Clive Gard Scholarship by the Harvard Club of Australia and has a doctorate in law.