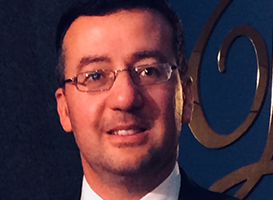 Adrian is a Principal Lawyer at the Australian Competition and Consumer Commission (ACCC). Prior to joining the ACCC in 2006, Adrian was employed as an Associate at Speed and Stracey Lawyers.

Adrian has written a number of articles that have been published in various journals and bulletins, and he has also contributed to the LexisNexis Concise Australian Legal Dictionary (4th Edition).

Adrian has completed four university degrees, including a Master of Laws (Honours) at the University of Cambridge, England, and a Bachelor of Laws/Bachelor of Economics (First Class Honours) at Macquarie University.

Adrian has recently commenced a Doctor of Philosophy on cartel regulation at Australian National University.