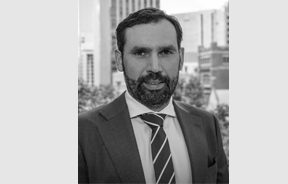 Anthony has over 10 years’ experience practising as a lawyer. Before joining McWilliams Davis Lawyers as a Director in 2018, Anthony was a Senior Associate at Tottle Partners. He began working with Tottle Partners in 2007, having graduated from the University of Western Australia with a Bachelor of Laws and a Bachelor of Commerce in 2006. Tony was admitted to practice in Western Australia in 2008.

He specialises in commercial property and general commercial matters.