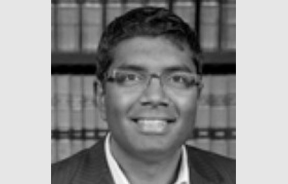 Since coming to the Bar Arushan has worked mainly in the occupational health and safety, administrative law and personal injuries fields. Within the personal injuries arena he particularly practises in the areas of medical law, dust diseases and general liability.


Prior to signing the Bar Roll Arushan practised as an employee lawyer for 7 years. He worked primarily in civil litigation dealing with insurance, personal injuries and commercial matters.


He also worked as the principal solicitor to the public service commission of Vanuatu as part of the Australian Government’s youth ambassadors’ programme. In his role with the commission Arushan provided administrative law advice and assisted with legislative drafting. He returned to Australia in 2001 and represented one of the parties involved in the Cole Royal Commission into the building and construction industry.


He has represented numerous statutory bodies including the Medical Panels Victoria, Nurses Board of Victoria, the Victims of Crimes Assistance Tribunal and the Legal Aid Commission. He also has an established practice representing people before their professional disciplinary bodies and VCAT.


He has appeared in his stated practice areas in all jurisdictions.