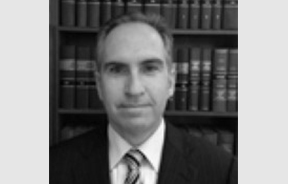 Brett Charrington has been in practice at the private bar in Queensland since April 1996. He has specialized in personal injury litigation for most of his career, with a sub-specialty of dust disease litigation.


His practice is evenly divided between plaintiff and defendant litigation.He has appeared in all jurisdictions in Queensland, and in the Supreme Court of Victoria. He appeared in the Commonwealth Commission of Inquiry into the Outbreak of Equine Influenza in Sydney in 2007 – 2008.