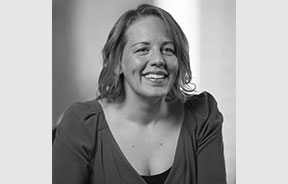 Belinda practices in the field of biochemistry, pharmaceuticals, immunology, molecular and developmental biology, and biotechnology with a strong focus on microbiology, bioengineering and bioprocess design.

She started her academic career with a Bachelors Degree in Biotechnology, as well as an Honours Degree in Biochemistry. This was followed by several years of research into signal transduction and genetic regulation at the ESKITIS Institute for Cell and Molecular Therapies at Griffith University, and the Institute of Molecular Biosciences (IMB) at the University of Queensland. It was during this time that Belinda gained extensive experience in mammalian cell biology, including hematopoietic stem cells.

For her doctoral research, Belinda ventured into the field of bioengineering and took on a project at the world-renowned Australian Institute of Bioengineering and Nanotechnology (AIBN), with funding from the European Union’s Sixth Framework Program for Research and Technological Development (FP6). She was awarded her PhD for research into commercially viable manufacturing processes for recombinant bioactive peptides in 2010, along with the Dean’s Award for Research Higher Degree Excellence

In 2009, Belinda was the recipient of a CSIRO Postdoctoral Fellowship. During her time at CSIRO Livestock Industries, she worked on a greenhouse gas mitigation project based on the identification and validation of anti-microbial peptides directed towards methanogenic Archaea, overseen by the collaborative research group, RELRP, which included groups from industry and academia.