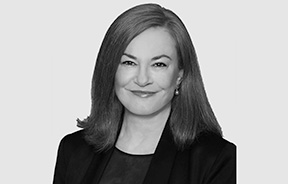 Kerrie Rosati is regarded as one of the professions leading experts in legal costs law. Kerrie works from both the Sydney and the Brisbane offices. Kerrie is a Court Appointed Costs Assessor in Queensland.

She has acted in and advised on legal costs issues in many high profile and complex cases in New South Wales, Queensland, the ACT and all Federal jurisdictions. Kerrie also lectures regularly to the legal profession (nationally and internationally) on legal costing issues for the Law Societies of New South Wales, Victoria, Queensland, Australian Capital Territory, Northern Territory and Tasmania, Legalwise, the College of Law and other commercial seminar providers.

Kerrie is a current member of the Costs Committee and Ethics Committee of the Law Society of NSW and the Costs Advisory Service of the QLS.

Kerrie graduated with a Bachelor of Laws from the University of Technology in 1988 and was admitted as a solicitor in New South Wales on 1 July 1988.

After working in a large commercial law firm and taking some time off to raise her family, Kerrie joined DGT in February 1998 becoming the principal of the practice in 2007.

Kerrie is also a trained mediator and part of the DGT Costs Mediation team.