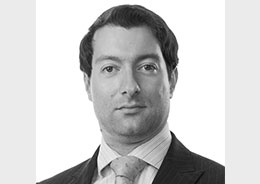 Stefano is a founding director of Barton Creswell Lawyers. Stefano is an experienced practitioner specialising in general corporate and commercial dispute resolution whilst also boasting market-leading niche expertise in corporate and personal insolvency and restructuring.

Stefano acts for corporations, lenders, insolvency practitioners, company directors and shareholders in all manner of commercial disputes and business restructuring and insolvency administrations, with industry expertise in the banking, construction, logistics and manufacturing sectors.

Stefano has acted for Australia’s largest building product supplier and one of the country’s largest publicly listed factoring houses in connection with their national debt recovery and enforcement litigation across all jurisdictions. He has also acted for two of Australia’s largest banks and other mezzanine lenders in relation to the enforcement of secured debts, including those regulated by the National Credit Code.

Stefano has also held a high-ranking post at the New South Wales Attorney General’s Office, where he acted as a Deputy Registrar at the Supreme Court of New South Wales and acquired a unique and invaluable insight into court process. As part of his role as a Deputy Registrar, Stefano was responsible for determining applications across all of the Court’s jurisdictions including probate applications and urgent applications in common law and equity, whilst also presiding over public examinations including those pursuant under the Corporations Act 2001 (Cth).