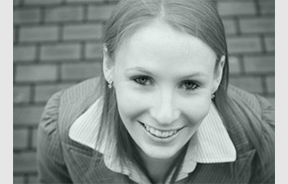 Bachelor of Commerce, Bachelor of Laws and Graduate Diploma in Legal Practice

Erin studied law at the Australian National University from 2003 until 2007. She was awarded the degrees of Bachelor of Commerce and Bachelor of Laws followed by a Graduate Diploma in Legal Practice with distinction.

Prior to commencement of her University studies Erin worked at a legal practice in Canberra City and this experience confirmed her interest in the law. During university she worked for KJB Law as a paralegal in a variety of areas and positions and commenced full time work with KJB Law as a solicitor at the beginning of 2008.

Erin's areas of practice include, amongst other areas, estate planning including preparation of wills and enduring powers of attorney.