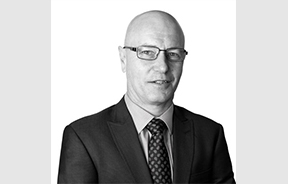 Val Gostencnik is a Deputy President of the Fair Work Commission, which is the national workplace relations tribunal.

Prior to this appointment in April 2013, Val was Practice Group Leader of the National Workplace Relations Practice Group at Corrs Chambers Westgarth. During this time, Val was sought equally by governments, corporations and charitable organisations and was an expert and author on workplace legislation and its impact on business and society.

Val was at the forefront of workplace reforms - leading the Corrs' National Workplace Relations Practice Group to act for major Australian and international companies on enterprise agreements and workplace practices, including Multiplex, Downer EDI, Thiess and Transfield Services, from test cases before the High Court to coronial inquiries. Val worked across all court and tribunal jurisdictions, and was Solicitor Instructing Counsel Assisting the Victorian 2009 Bushfires Royal Commission.