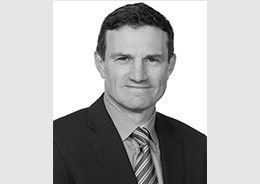 Brendan is a partner in Maddocks Sydney TMT team and leads Maddocks national Technology Group. He has more than 20 years' experience as a commercial lawyer with a particular focus on technology, telecommunications and intellectual property.

Brendan was named as the winner of the Telecommunications Award for Australia at the International Law Office Client Choice Awards for 2018, 2015, 2013 and 2012. He is also recognised as a leading lawyer in the areas of TMT and IP by legal directories, including Asia Pacific Legal 500, Chambers Global, Best Lawyers and Who’s Who Legal.