The Story of Wellgyi and Its Maker 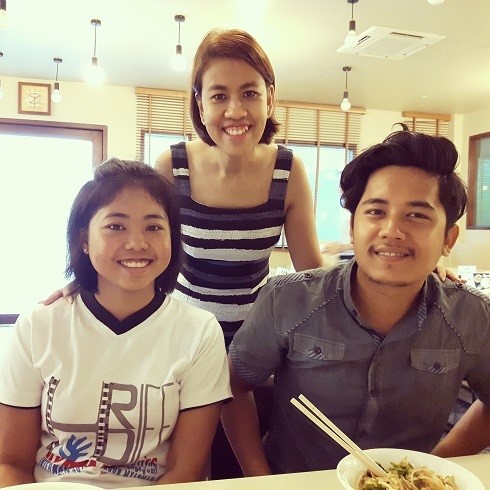 Gaythri with Lucy and Htet in Yangon, Myanmar in July 2016

I first heard of the plight of farmers in Myanmar on August 6th, 2013. It was the day I met Daw Aung San Suu Kyi, Nobel Laureate and now the State Counsellor of Myanmar. We were discussing ways in which LexisNexis could support the rule of law in this fledgling democracy and talked about launching an awareness campaign on a set of Farmland Laws which had been enacted to enable farmers to register their interest in land. I later learned that Myanmar does not have a fully functioning land registration system. Farmers and citizens all over the country grapple with the challenges that come with this lack of transparency and thus began my quest to address this problem.

I was first told about the Wellgyi documentary in April this year. The film is named after a village called Wellgyi located within Naypyitaw, the country's capital. I am told that the air is fresh, the landscape is beautiful and the people are warm and welcoming. It used to be a farming community of mostly rice fields and villagers lived off their land – until the then military government declared the land to be public property and rendered the farmers of Wellgyi homeless and defenseless.

Without an official way of proving that they owned the land, the farmers started to protest; fighting for their rights, their homes, their livelihood. They were thrown in prison, leaving struggling family members to soldier on, coping the best they could with the hand that they had been dealt.

The documentary tells their story with poignant and raw emotion. It lures you so deeply into each tale that without realising it, you have immersed yourself in their world, feeling what they feel and thinking their thoughts. You experience a potpourri of emotions and end with a deep desire to right a wrong.

There is little you can find on the web about the film or Htet Aung San, its maker. We first met this July in Yangon over breakfast and both Htet (pronounced Tet), and Lucy, his girlfriend are a delightful pair. They overcame their shyness very quickly and their youthful optimism surrounded the entire table as we talked about Myanmar and how the country has progressed in recent months.

The protracted maritime dispute in the SCS may detract from regional attention and effort in preserving the fragile marine ecosystem. Balancing the focus towards sustainable resources and environmental protection is to enhance the fundamental principles of the LOSC and broader rule of law regarding responsible commercial fishing practices. A dispute can be resolved through a variety of means, but a 'tragedy of the commons' will be permanent.

Lucy, 22, warmed up quickly and began asking me questions about who I was and why I cared. I promptly answered – trying my very best to earn her trust and approval. For the past two years, I have been working on an innovative way to map, register and administer land in Myanmar. My goal is to have ordinary citizens and farmers empowered to play an active role in shaping the entire ecosystem for land registration and administration. I wanted to launch the pilot of Technology for Land Rights in Wellgyi.

Twenty-three-year-old Htet is quiet, thoughtful and always curious. He speaks in measured tones, always thinking and planning and he clearly has a purpose in life. He wants his stories to engender action. He wants people to laugh, cry and connect with his work. His eyes light up as soon as he hears of an emotional response to his film but he is after something bigger – he wants people to be inspired to act.

He spent four months in 2015 filming the documentary in Wellgyi village. At that time, the military government was still in force and when asked why he was filming, he would say that he was making a travel documentary showcasing the beautiful landscape of the countryside. He then surreptitiously filmed these characters. He lived with them and at that time, they didn't even know what a camera was, so they just trusted him with their stories and never knew what he was doing with it.

Since its release, the film has won the Peter Wintonick Award at the Human Rights Human Dignity International 2015 and Country Best Award at the Creative International Open Film Festival 2016. As a result of the attention that the film has brought to this issue and the farmers who were imprisoned, the newly formed Myanmar government released these farmers in April this year.

This story, brilliantly told, inspired people to stand with the farmers and demand for their release. "That's why I love filmmaking", Htet says. I started asking him about his next project and he said "I don't have a camera". I was stunned. I asked him how he made this film and he said he borrowed the camera. This wonderfully talented human being who moves mountains with his storytelling doesn't have the tools he needs to pursue his calling. I am raising funds to buy Htet a camera so that he can continue telling his stories. If you would like to help, contribute or just want more information, please email me at gaythri.raman@lexisnexis.com.

After an inspiring hour listening to Htet and Lucy, we then began to plan my first trip to the Wellgyi village. After telling me that I would be in awe of the beauty of the people and the landscape,