In our modern democratic societies, one imagines that the legal system itself will be both the personification and the embodiment of the 'rule of law'. It was Lord Bingham, one of Britain's most senior judges, who pointed to the observation by Alan Greenspan (former chairman of the Federal Reserve Bank of the United States) that the single most important contributor to economic growth was the rule of law.1

As legal academics, we tended to assume that if we were to identify an area or an issue where the law had failed to follow its own guidelines, one would only need to point it out for it to be immediately corrected.

After taking up positions as legal academics in South Australia, we came across a number of criminal convictions there which undoubtedly constituted serious miscarriages of justice. We first broadcast a national television program on the cases in October 20012 and subsequently published two books setting out the details of the cases.3 In addition, every available avenue was pursued in an attempt to obtain a formal review of the convictions. To our surprise, all the pathways for review were closed off by formal rules of the system which were not themselves consistent with the rule of law principles.

The intermediate appeal court said that it could not re-open an appeal or hear a second appeal – and this ruling was based upon a strict interpretation of the legislation granting the appeal rights. But when we looked at that legislation it said nothing about the number of appeals which were to be allowed.4

The High Court of Australia said that it could not admit fresh evidence on an appeal, for constitutional reasons. Yet, instead of rejecting appeals on this basis, it could have remitted such cases to the intermediate appeal court to allow the fresh evidence to be admitted and for the case to then be returned to the High Court for review.

The final avenue involved a petition procedure which requested the Attorney-General to refer the matter to the intermediate appeal court for review. In accepting the unavailability of judicial review the judges had previously stated that this form of executive review was sufficient to deal with deserving and exceptional cases where errors had occurred.

However, in the leading case on the petition review procedure the judges also stated that it did not involve any legal rights on behalf of an applicant. It assumed that all legal rights had been exhausted, and that an Attorney-General had an 'unfettered discretion' when considering a petition. Petitions it was said, could be rejected arbitrarily, and the judges had no powers to review such decisions. 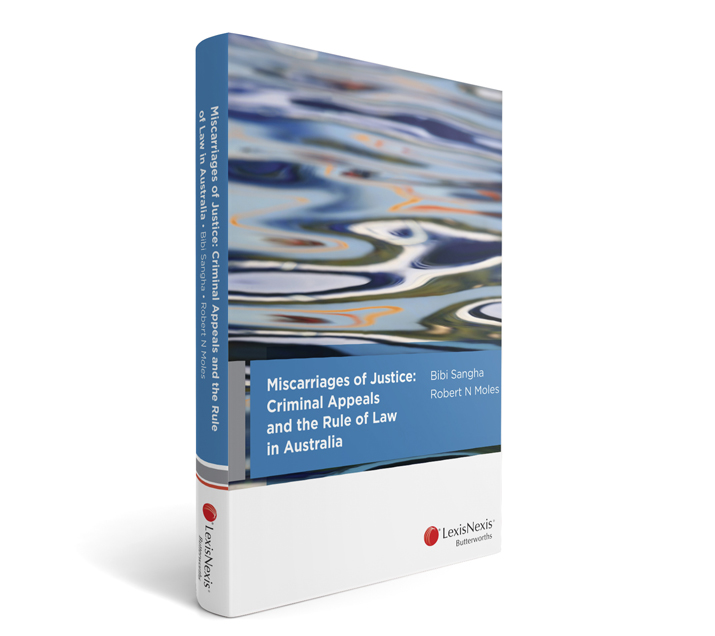 To our surprise, all the pathways for review were closed off by formal rules of the system which were not themselves consistent with the rule of law principles.

Of course, as we explained in Miscarriages of Justice: Criminal Appeals and the Rule of Law, all of this was quite contrary to the most basic rule of law principles.

We managed to persuade the Australian Human Rights Commission (AHRC) that this combination of legal rules amounted to a breach of Australia's international human rights obligations under the International Covenant on Civil and Political Rights 5. The rule of law principles, of course, require compliance with such principles, unless expressly derogated from, which was not the case here. The AHRC made their views known to the Parliament of South Australia which had established a Legislative Review Committee to consider a Bill to establish a criminal review commission.

Thankfully, the parliamentary committee recommended the establishment of a new statutory right of appeal.6 The Attorney-General told Parliament that the existing process of executive referral was 'mysterious' and unacceptable because of its lack of transparency. He said, quite correctly, that these were the sort of decisions which should have been dealt with by the open process of judicial proceedings.7 A new statutory right of appeal came into force in South Australia on 5 May 2013. It was the first substantive change to appeal rights in Australia in over 100 years.

The first case to come before the appeal court under this procedure was that of Henry Keogh.8 Applications for executive referral of his case had been continuously refused or unanswered during the previous 13 years.9 The appeal was allowed on the basis of information which had been known to the Solicitor-General since 2004 but was not disclosed to the defence until the formal appeal process commenced in 2013.10 Other grounds of appeal were successful based on 'recantations' which had been made by the forensic experts before the Medical Board in 2004, nearly 10 years after the trial and 10 years before the appeal was to be allowed.11 The appeal court, when finally given an opportunity to consider the matter, concluded that the 'mechanism of murder' which had been put forward at the trial amounted to no more than 'speculation'.12 There will be many more such cases.

On 15 October 2015, the Parliament of Tasmania passed legislation similar to that which existed in South Australia to create a new statutory right of appeal.13 We now have two Australian states which have recognised the need for this historic change to bring their appeal provisions into line with the rule of law requirements.

The only question which remains is why other Australian states, four years after being informed that their criminal appeal provisions do not comply with international human rights obligations, or the rule of law, have done nothing to correct that situation.

[5] See Australian 25 November 2011,Human Rights Commission Submission to parliamentary inquiry. This report and the following references regarding the new right of appeal are available at http://netk.net.au/AppealsHome.asp

[9] The various petitions are available at http://netk.net.au/KeoghHome.asp

[13] The Bill and other relevant materials are available at http://netk.net.au/TasmaniaHome.asp