Rule of law, Papua New Guinea and the marketplace model 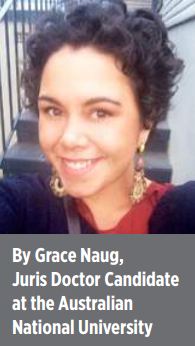 The first thing I learnt in Tok Pisin - the language of PNG - was the widespread term wantok; loosely translated to one talk or someone who speaks my language. It conveys a sense of loyalty, family, community and togetherness. Yet the underlying reality of this saying also feeds the corruption which plagues layers of Papua New Guinean culture. Favouring one's wantok over others in addition to an inherent tribal loyalty inevitably leads to a nepotistic society.

In the past, roots of corruption have served to displace the rule of law. In a place where the politically powerful and forcibly strong are elite, rule of law can be perceived as never more powerful than that of force, when it is force that is more regularly employed and far more effective. This mentality, however, is changing.

In 2012, I worked on implementing a UN programme that made public spaces safer for women and girls. The division I was involved with focused on marketplaces. As from the Islands to the Highlands, a marketplace in PNG is the social hub of any community; the issues of a market can act as a model for greater society.

The project supported the local government to provide a stable framework for rule of law in the marketplace by effecting changes based on consultations with vendors; to ensure that equality, accountability and transparency were operating in a space they previously didn't have. Methods focused on the effective delivery of services and infrastructure, technology and education to reduce corruption and lead to a more stable and safe environment. 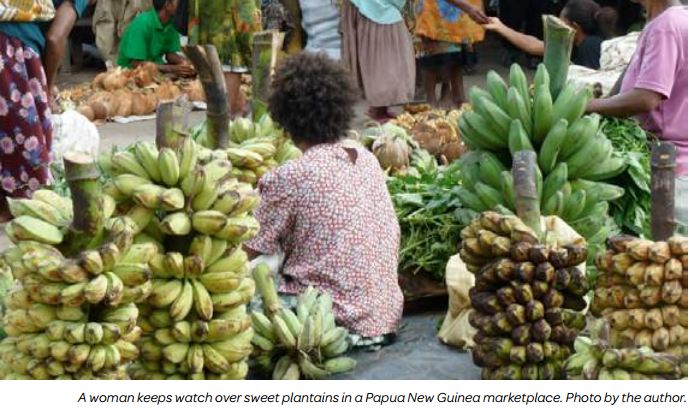 The UN programme's initial goal was to fix issues of infrastructure in order to provide the foundation of services upon which the market could successfully run.

The district government owns the market place and collects money from vendors as a form of rent. In return they are to use this revenue to maintain the marketplace and hire security. Previously the population could not rely on the government to use appropriated funds as such. As a consequence the market becomes dilapidated; structural issues lead to social issues. For example, where toilet blocks are derelict and used for solicitation, the lack of clean running water leads to outbreaks of typhoid, while uneven ground susceptible to flooding causes catastrophic economic impacts for subsistence vendors of ruined produce and cancelled trading days.

Effective delivery of services limits the spread of corruption. A vendor without shade or running water does not receive services they deserve; as such corruption becomes means to an end for basic needs. A population that cannot access primary education for healthcare and other vital services is no doubt let down. Only when the basic needs of a market or a population are met, respect for the rule of law can be developed.

Technology as a means of implementing rule of law

The programme also established mobile phone based vendor bank accounts, ensuring vendors could deposit daily earnings before catching public transport, and engage in cashless transactions with one another. Apart from financial independence and a reduction in cash circulation allaying fears of assault/robbery this system ensured vendors' fees were directly transferred to the council and were equally applied to each vendor irrespective of tribe or connection. This reduced the common issue of security turning to nepotistic ways, favouring members of their own tribe, overcharging minorities, employing violence and cutting personal profits. By using technology the middle man was easily eliminated regarding fees that resulted in less temptation for corruption.

The broad acceptance and affordability of mobile phones with camera and internet connection in recent years has also led to the establishment of a number of social media groups in support of marginalised groups such as HIV, youth, trans and female networks. By using their phones to record incidences of abuse for example with the police, and sending them to local journalists, or posting these online, the available technology has been used to stimulate accountability of force wielding authorities on a wider scale. 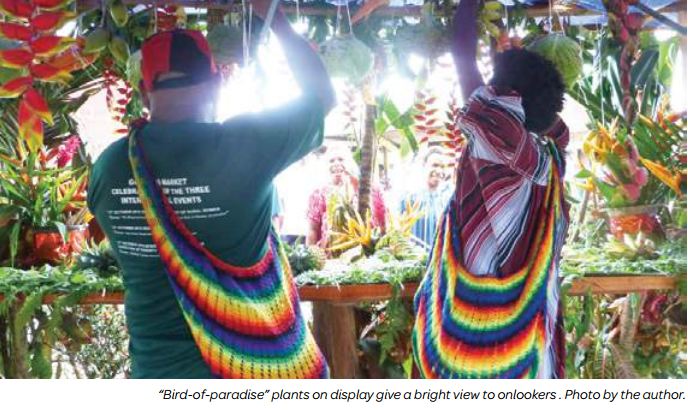 Education as a means of addressing corruption

The average vendor in PNG is partially, or completely illiterate and unaware of the rights they have by purchasing their space daily. Education is largely driven by wealth, and not provided by the government. This sets a never-ending cycle in motion whereby vendors' children are also unable to obtain education, and end up in the marketplace.

The UN's project set up basic literacy and numeracy programmes, saving schemes, and information on rights in the marketplace for vendors. It established an elected committee of vendors to convene with the district council, and co-ordinated with a local NGO to provide free children's libraries on site. Access to education encouraged not only rights awareness but social mobility and job options.