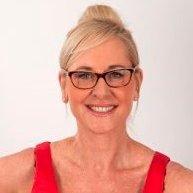 In March 2015, LexisNexis held a Pacific Consultation Workshop in Sydney with the critical purpose of ensuring that our region is included in a global framework. It will ultimately take the form of a guide for all businesses on how they can support the rule of law.

In collaboration with the local United Nations Global Compact (UNGC), the Workshop initiated and enabled dialogue related to new ways in which to strengthen the rule of law in order to build stable and fair societies, where business can flourish locally and within our region.

The Pacific Report has been submitted to the United Nations, and is set to launch in June 2015 with action points for businesses and relevant parties to develop tailored plans for their company; build a community of business leaders; and key success metrics in advocating the rule of law principles.

The rule of law is a principle of governance in which all persons, institutions and entities, public and private, including the State, are accountable to laws that are publicly promulgated, equally enforced and independently adjudicated, and which are consistent with international human rights norms and standards.

It also requires measures to ensure adherence to the principles of supremacy of law, equality before the law, fairness in the application of the law, separation of powers, participation in decision-making, legal certainty, avoidance of arbitrariness and procedural and legal transparency. The rule of law is essential for sustainable and inclusive economic growth — where it is weak, it is harder for responsible businesses to function and to meet their corporate responsibilities.

We believe that when you put information and technology into the right hands, you give people the power to shape justice and advance society. Among other things, the rule of law ensures legal systems foster economic investment by increasing the security of contracts, lowering levels of corruption, and allowing for timely, fair, transparent and predictable resolution of disputes.

We are confident we have the most significant impact when we apply our expertise to areas like universal, sustainable access to information, promotion of the rule of law and access to justice. LexisNexis will retain its commitment and passion to pursue these initial overarching objectives of spreading the rule of law throughout the Pacific and creating relationships with authoritative legal agencies to make the law more accessible where possible.

In 2015, we are continuing with the workflow and automation for the Vanuatu Ministry of Justice on Lexis Visualfiles®; expanding the Fiji Law Reports; publishing analytical text works for Papua New Guinea; developing gratis online access to legal materials for the Supreme Court of Nauru and the Tongan Ministry of Justice; and launching the Business for Rule of Law Framework with the United Nations Global Compact; as well as pursuing further opportunities in the Pacific.

Upon its creation, in 1215, the Magna Carta agreement was not honoured by King John, and over the centuries it has been refined, forgotten and revived again. It is with great honour that we publish our Advancing Together: Magna Carta edition celebrating the momentous 800 year anniversary of the charter that has arguably formed an initial foundation for democracy and influenced a preliminary understanding of the rule of law.

Remarkably, one of the four original copies is in Australia, and with eight centuries on the charter, it remains an important symbol of the rule of law and the principle of basic freedoms. It is a privilege to celebrate this anniversary and to continue discussions around the rule of law with the legal community to enable the advancement of society.