Whistleblowing and the Rule of Law 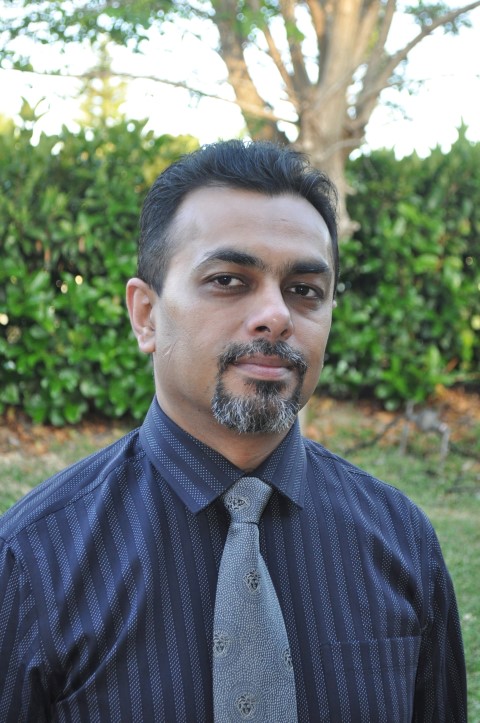 Two controversial incidents of public disclosure of restricted information in recent years - the WikiLeaks release of confidential US State Department cables in 2010, and the leaking of classified National Security Agency documents by former NSA analyst Edward Snowden in 2013 – have forced various governments to grapple with a critical question: how, if at all, do acts of whistleblowing that break certain laws fit in a society that adheres to the rule of law? Addressing this question also seems to be the implicit goal of the Public Interest Disclosure Act 2013 (henceforth referred to as the PID Act), which came to effect in Australia on January 15, 2014. According to a PID Act information sheet, (available online at http://www.ombudsman.gov.au/docs/fact-sheets/Ombudsman_PID_Fact_SheetA.pdf), the primary aim of the Act is to provide all whistleblowing actions legally-sanctioned framework that not only encourages such acts in order to ensure consistent integrity and accountability in the public sector, but also provides legal protection to whistleblowers. In a way, the PID Act exemplifies governmental processes that strive to accommodate whistleblowing in a rule of law based socio-political structure.

Apparently, there does not appear to be any problem in positioning whistleblowing per se as an act that potentially strengthens society by disclosing information that is inimical to some basic human rights – the right to privacy, the right to free speech, and the right to information. Both Snowden and WikiLeaks founder Julian Assange have defended their action of publicising classified information on grounds that people have a right to know if their democratically-elected government is engaging in activities that are patently undemocratic. If one were to take their defence at face value, then whistleblowing is not just acceptable within the framework of the rule of law, but even laudatory and essential. The PID Act's explicit exhortation 'encouraging and facilitating the disclosure of information by public officials about suspected wrongdoing in the public sector[1] also seems to highlight this laudatory and essential nature.

A closer look at what certain acts of whistleblowing really imply, however, makes this prima facie case much more complicated. It is important to clarify that not all acts of whistleblowing are illegal. In his 1999 paper 'Whistleblowing: A Restrictive Definition and Interpretation', academician Peter B. Jubb defines whistleblowing as 'a deliberate non-obligatory act of disclosure, which gets onto public record and is made by a person who has or had privileged access to data or information of an organisation, about non-trivial illegality or other wrongdoing whether actual, suspected or anticipated which implicates and is under the control of the organisation, to an external entity having the potential to rectify the wrongdoing[2].

For the purpose of this article, I will focus on two aspects of Jubb's definition that, I believe, crystallise the complex nature of whistleblowing in a rule of law society: the 'deliberate non-obligatory' intent of the act, and the 'non-trivial illegality or other wrongdoing whether actual, suspected or anticipated' nature of the content being publicised by the act. In order to truly accommodate all whistleblowing within the rule of law, both the intent of the whistleblower, and the content of the information being divulged need careful, and detailed, exploration.

First, let us look at the issue of intent. Jubb's definition clearly states that the whistleblower is not obligated to divulge information. Rather, the disclosure of information is something that the agent does because he/she wants to, for various reasons, which range from the pecuniary to the philanthropic. In the case of Snowden, for example, his decision to leak the NSA documents was driven, in his own words 'not to benefit myself… not to gain a label but to give you [the American people] back a choice about the country you want to live in[3]. Snowden considers his act of whistleblowing an act driven by his conscience and his love for his country and its people.

Whether this apparently unselfish tenor of his intent gives Snowden's whistleblowing ethical legitimacy is a question that requires a more detailed discussion not within the scope of this article. The crucial point worth noting here, rather, is the fact that Snowden's action is uniquely individualistic, deliberate, and non-obligatory. At the same time, according to Australian political commentator Ben O'Neill, it is an action that necessarily involves the breach of 'some contractual or statutory requirement not to disclose the information they are disclosing'. It must, at least apparently, 'always be regarded as a breach of law, and possibly also a breach of ethics[4]. This makes acts of whistleblowing that involve a necessary flouting of 'contractual or statutory requirements' ethically problematic in a rule of law society, since such actions run contrary to the norms of a law-abiding way of living.

Now let us turn our focus on the issue of content. Jubb's definition specifies that the content being disclosed by a whistleblower must have the status of 'non-trivial illegality or other wrongdoing… actual, suspected or anticipated'. In other words, whistleblowing must involve the divulging of information that, if not disclosed, may lead to seriously illegal and/or unethical consequences. Notably, it is not necessary for the consequences to be actual. Even 'suspected or anticipated' wrongdoing is admissible as content worth disclosing. A number of the documents publicised online by WikiLeaks in 2010 do not overtly imply actual wrongdoing, but the fact that they were being collated in secret, without the permission of the people concerned, makes them potentially suspect.

The problem of content in a rule of law society can be articulated thus: the entity making the call on the wrongful nature of the content is, typically, not the organisation, but rather the whistleblower. So, the basis of the call is, naturally, subjective. How can such a subjective decision be accommodated in a rule of law society that necessarily has certain clear and established parameters of what comprises right and wrong – parameters crafted not whimsically but through a rigorous socio-political discourse that involve all citizens, directly or indirectly?

Despite, or perhaps because of, the problematic relationship between whistleblowing and rule of law – particularly acts of whistleblowing that necessarily involve the flouting of statutory and/or contractual obligations – various governments have legislated Acts that aim to provide whistleblowing some sort of legally legitimate framework, and provide whistleblowers legal protection from any form of retribution that results because of their act of disclosing information. Why? The answer lies in the one indubitable fact about whistleblowing – it is an extremely effective critiquing instrument that, when harnessed properly, can force institutions to remain on the straight and narrow path of ethically sound and legally permissible behaviour.

This fact was officially recognised in the 2010 G20 declaration on whistleblowing, where countries 'committed… to put in place adequate measures to protect whistleblowers and to provide them with safe, reliable avenues to report fraud, corruption, and other wrongdoing[5]. In Australia, this commitment has resulted in the recently-legislated PID Act, which, as mentioned earlier, aims to provide whistleblowers a legally sanctioned process to raise concerns about various Commonwealth Government agencies.

Considering the complex nature of whistleblowing vis-à-vis rule of law, any legislation attempting to provide legal protection and/or sanction to acts of whistleblowing also needs to provide lucid and specific criteria that gauges the intent and content of the action in order to recognise its ethical import. A key point here is that of balance. Overly-generalised criteria could lead to a scenario where whistleblowing becomes more the norm than the exception, diluting not just the essence of the rule of law, but also the very ethical foundation of critiquing cases of socio-legal misdeeds. On the other hand, overly-restrictive criteria could result in a legislation that actually stymies the critiquing potential of whistleblowing, making it more a cynical, self-serving act of tattling than a serious tool for socio-legal improvement.

A close analysis of the PID Act, unfortunately, puts this legislation in the latter category. Instead of giving whistleblowing a strong, legitimising force in Australian polity, this legislation has, in fact, quite successfully clipped its critiquing wings, relegating the act to a mere sideshow attraction. Let us first look at how the Act defines the term 'public interest disclosure', a term used to suggest acts of whistleblowing. In Subdivision A of Division 2 of Part 2[6] the Act states that:

… A public interest disclosure is a disclosure of information, by a public official, that is:
A disclosure within the government, to an authorised internal recipient or a supervisor, concerning suspected or probable illegal conduct or other wrongdoing (referred to as 'disclosable conduct')

There are a number of problems with this definition. First, there does not appear to be any specific definition of what 'reasonable grounds' may comprise. This opens up the PID Act to various interpretations, potentially obfuscating both the intent of the whistleblower's action and heightening the subjective nature of the content being disclosed.

This issue had been raised in the Rule of Law Institute of Australia's submission to the Australian Senate Legal and Constitutional Affairs Committee's inquiry into the 2013 Public Interest Disclosure Bill. The submission stated that 'potential whistleblowers may be dissuaded from making a disclosure if they are unable to present a strong case that they are aware of disclosable conduct'[7]. The submission also pertinently pointed out that the wording of the Bill put the onus of belief in reasonable grounds on the whistleblower, whereas a more appropriate approach to the issue of disclosable conduct should not involve subjective belief systems, but rather 'whether it appears that there is disclosable conduct'. Clearly, this suggestion was ignored in the final draft of the Act that was passed by the government.

Third, the caveat regarding intelligence agencies (which is later elaborated in Clause 33 of Subdivision B of Division 2 of Part 2), giving them complete immunity from any public disclosure action, effectively removes any possibility of bringing such agencies into the ambit of public scrutiny. While this exception is, quite clearly, a result of the Snowden issue, its inclusion in an Act that ostensibly aims to provide a legal framework to acts of whistleblowing makes the whole Act nothing more than lip-service to the concept of whistleblowing.

Regardless of its obvious flaws, perhaps there is one lesson to be learnt from the PID Act. This Act, with its overly-restrictive criteria, illustrates my core argument: that while it is commendable for governments to attempt to bring in acts of whistleblowing within the ambit of rule of law, myopic legislations that refuse to engage with the ethical complexities of the intent and content of whistleblowing are doomed to fail. More importantly, such legislations potentially make whistleblowing a mockery. They reduce a cautionary clarion call for institutions to remain accountable to the rule of law into an inconsequential trill that is lost in the humdrum of corruption and incompetence.

Saurabh Bhattacharya is a postgraduate research student of Political and Moral Philosophy at the University of New England.

[1] 'The Public Interest Disclosure Act 2013 – what's it all about' Information Sheet. Accessed online at http://www.ombudsman.gov.au/docs/fact-sheets/Ombudsman_PID_Fact_SheetA.pdf on October 5, 2014