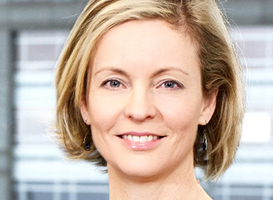 Tracey completed a bachelor's degree in engineering at the University of Queensland in 1989 and commenced her career in the patents field as a patent searcher with Cullen & Co during the final year of her studies. Tracey continued as a trainee patent attorney with that firm.

In 1993, she moved to the Melbourne firm of Carter Smith & Beadle where she passed the Professional Standards Board examinations to obtain registration as a patent and trade mark attorney. From 1996 to 2002, she worked at AJ Park in Wellington, New Zealand, rising to the position of Senior Associate. In 2002, Tracey re-joined her colleagues from Carter Smith & Beadle, at Freehills, post the merger of Carter Smith & Beadle into Freehills. Tracey is now a principal of FPA Patent Attorneys in the physics and engineering team in Melbourne

Tracey has drafted hundreds of patent applications and prosecuted patent families in a broad range of jurisdictions. In the latter part of her career to date, Tracey has had greater focus on contentious work including patent oppositions in Australia and New Zealand, and the management of Chinese patent litigation for Lucas Mill.