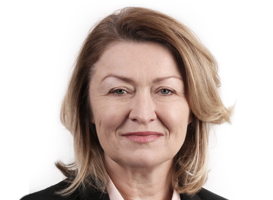 Tina is a barrister practicing almost exclusively in the area of native title. She has been a barrister for 17 years and has been briefed to appear as junior counsel for the applicants in a number of fully contested native title proceedings, including on-country hearings. She has appeared before the Full Federal Court and the High Court in native title appeals.

Whilst studying Law she worked at the Indigenous Law Centre at UNSW with Prof Nettheim. Tina was the Associate to the late Justice Jane Mathews during the mediation of the Dunghutti compensation consent determination and the Hindmarsh Island Bridge Inquiry in 1995/96.  From 1996-2002 Tina worked as a solicitor with the NSW Crown Solicitor’s Office Constitutional and Native Title Team, working on the Yorta Yorta case. She also negotiated the first Indigenous Land Use Agreement in NSW.

Tina writes on native title issues and is the General Editor of Native Title News. She has taught native title law for the Aurora Project to both researchers and lawyers, presents at native title conferences, has published papers on native title (including compensation) and presents papers on practice and procedure for the NSW Bar Association’s continuing professional development programme.