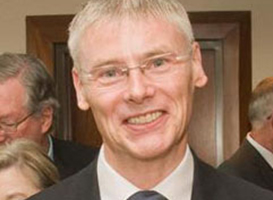 Justice Ball graduated from the University of Adelaide in 1978. In 1983 Justice Ball joined Allen Allen & Hemsley (now Allens Linklaters). He became a partner of that firm specialising in litigation in 1987.

In 1981-1982 Justice Ball served as a senior law reform officer at the Australian Law Reform Commission under the chairmanship of Michael Kirby, and worked on what later became the Insurance Contracts Act 1984.

Justice Ball, in partnership with David Kelly, is the author of the Insurance Legislation Manual, Principles of Insurance Law in Australia & NZ and the insurance chapter in Halsbury's Laws of Australia.

His Honour was sworn in as a Justice of the Supreme Court of NSW on 13 April 2010.