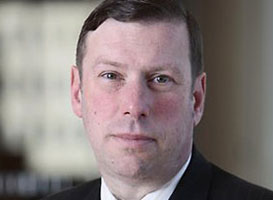 Justice Black was appointed a Judge of the Supreme Court of New South Wales on 4 July 2011. He was previously a dispute resolution partner at Mallesons Stephen Jaques where he practised primarily in commercial litigation and financial services regulation.

He was admitted as a solicitor in 1987 and was a Judge's Associate in the Federal Court of Australia in 1988. He holds a Bachelor of Arts, Bachelor of Laws and Master of Laws from the University of Sydney.

He is an Adjunct Professor at the University of Sydney Law School and a Visiting Fellow in the Faculty of Law at the University of New South Wales. He is joint author of Securities and Financial Services Law, 8th ed, 2012 and Austin & Black's Annotations to the Corporations Act 2010.