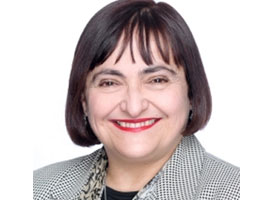 Roz is an expert in Immigration and Refugee Law. Prior to the end of the dual regulation of migration lawyers, which took effect in
March 2021, Roz had been registered as a migration agent since 1992, which means she has an in-depth knowledge of how the visa system actually works in practice. She handles a full range of immigration and refugee matters from the primary decision through to merits and judicial review.  This gives her an in-depth and practical understanding of the field.  Roz also provides strategic immigration advice for individuals and businesses.

Roz has over 30 years of experience in these areas, including working at the Immigration Department and sitting as a Full-time Member of the Refugee Review Tribunal (as it was then) in Sydney from 1993 to 1996.

Prior to coming to the Bar, Roz worked as a solicitor in the litigation section at Mallesons Stephen Jaques (now King & Wood Mallesons) and in the Employee Relations section at Freehills (now Herbert Smith Freehills) in Melbourne.

Roz was a principal of Migration Practice Essentials from 2002 to 2014, which was a leading provider of advanced migration CPD programs for senior lawyers and migration agents.  Roz is a contributor to the Australian Immigration Law Service published by Lexis Nexis. She is often asked to be a guest speaker at various immigration conferences and CPD programs