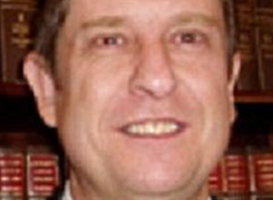 Rick commenced his practice in 1990 focusing on industrial and employment relations. He has maintained his focus on this area ever since.

In 1995 he established a law firm acting only for employers. He has acted for some of the most prominent employers in Australia, as well as for small business. While a solicitor, he concentrated on work as an advocate in a variety of Federal and State courts and tribunals.

In 2006, he joined the independent bar as a barrister and continued to work in the area of industrial and employment relations, acting for both individuals and employers.

As part of his industrial and employment relations practice, he deals with contract of employment disputes, restraint of trade and confidential information, safety prosecutions, general protection matters and unfair dismissals. He is particularly involved at the moment with the introduction of the uniform safety legislation and is the South Australian editor for this forthcoming LexisNexis work.

He is a regular speaker to both the legal profession and the wider community in his areas of practice.

Rick was admitted as solicitor and barrister in South Australia in 1989, to the roll of practitioners for the High Court of Australia in 1990 and signed the bar roll in 2006.

Recognised by Doyle's as pre-eminent Barrister in his field.