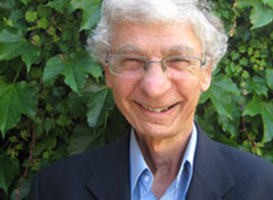 Professor Chisholm is an Honorary Professor at the ANU College of Law. He graduated from Sydney and Oxford universities. He was an academic at the University of New South Wales between 1970 and 1993 (Associate Professor and Head of School), and Judge of the Family Court of Australia between 1993 and 2004.

Professor Chisholm has long been involved in family law reform, since being a founding council member of the Aboriginal Legal Service in 1970, for example serving two terms on the Family Law Council, and working on a number of projects with the New South Wales Law Reform Commission and the Australian Law Reform Commission.

Since retiring from the bench in 2004 he has continued research, publication and law reform activities, most recently as a member of the Advisory Committee to the Australian Law Reform Commission in its Inquiry into the Family Law System (2019).  His contributions to the Attorney-General's Department include the Family Courts Violence Review (2009), Information-Sharing in Family Law & Child Protection: Enhancing Collaboration (2013), and Parenting orders – What You Need to Know (2016). In 2018 he was made a Life Member, of the Law Council of Australia’s Family Law Section.

Professor Chisholm has presented at numerous family law conferences, including as plenary speaker at the National Family Law Conference, Brisbane 2018.