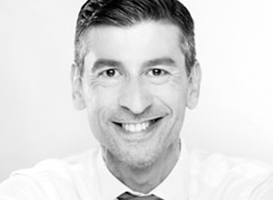 Peter Papadopoulos is an Accredited Specialist in Immigration Law. Since 2011, Peter has been voted by his peers as one of Australia's best immigration and civil rights lawyers and has been included on the annual Best Lawyers International list for Australia.

Peter was admitted to practice in 1996 after graduating with Honours in Law and Commerce at The University of Melbourne and completing his articles of clerkship at Arnold Bloch Leibler. He has been a registered migration agent since 1997. Between 1997 and 2000, he worked as a solicitor at King Wood Mallesons and a Senior Associate at Gadens Lawyers. Between 2000 and May 2014, Peter ran his own specialist migration law practice in both Melbourne and Sydney. From May 2014 until December 2015, Peter was a Director of Global Immigration at Ernst & Young.  Between January 2015 and October 2018, Peter was a Director of Nomos Pty Ltd, a business specialising in the provision of immigration law advice, advisory services and educational programmes.  Prior to the end of the dual regulation of migration lawyers which took effect in March 2021, Peter had been registered as a migration agent since 1997.

Peter has also served as the Secretary to the Law Council of Australia’s International Law Committee, an assessor in the Law Society of NSW’s Specialist Accreditation Programme and Chair of The College of Law’s Migration Agents Capstone Assessment Advisory Committee.  He has held various volunteer positions, including Duty Solicitor at the Victorian HIV/AIDS Legal Centre, and was a founding director of Metta Youth Limited, a non-profit charitable organisation established to assist marginalised and disadvantaged young adults.

Peter has been an author for Australian Immigration Law for many years and is currently General Editor of the publication.