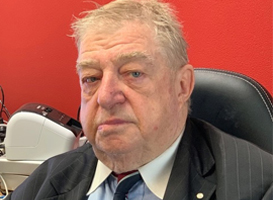 Paul Nichols was admitted in 1967 as a barrister and solicitor and joined the Perth Bar a little later. Upon joining the Bar, he became a law reporter (WAR). He was heavily engaged in litigation including appellate work and High Court work until 1993 when he was hospitalised for 10 months with a serious illness. He resumed practice after this until 2003 when the cumulative effect of injuries made it necessary to concentrate on writing rather than advocacy. He published several books and many articles including Police Offences of WA and (with FM Robinson) Russell’s History of the Law in WA. He was also foundation editor of the State Reports (WA).

Paul writes for the LexisNexis analytical work Civil Procedure Western Australia: Magistrates Court and has been an author for this publication since its relaunch in 2005. He also writes the Bankruptcy chapter of Practice and Procedure High Court and Federal Court of Australia.