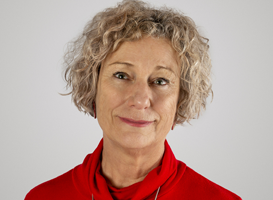 Dr Marianne Dickie currently works as an advocate with Sisters Inside for women facing s501 removal from Australia. She is also the immigration and complex case advisor to Senator Larissa Waters. Marianne has a long history of working in migration; she was the migration advisor for the Australian Democrats from 1998- 2004. In 2008 she established and ran a pro-bono migration advice clinic in the ACT which continues today under the auspices of Legal Aid. Her work was recognised by the community of Canberra when she was nominated for the Australian of the Year in 2012.  Between 2007 – 2016 she was the Sub Dean and Director of the Migration Law Program at the ANU College of Law. In 2016 she took up the position of Convenor for migration law in the LLM.  After leaving ANU she continued her research holding the position of Visiting Fellow at the ANU College of Law from 2018 – 2020. Marianne completed her Doctorate in 2020. Her research focused on creating an online community of practice for early career migration agents.  She continues to be a regular contributor to public debate through media and opinion pieces for the ANU Crawford School of Public Policy.