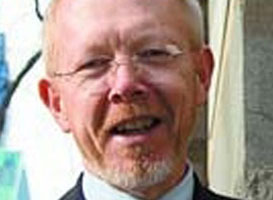 Justice Croft practised extensively in property and commercial law prior to his appointment as Judge of the Supreme Court of Victoria in 2009 and was an arbitrator and mediator in property, construction and commercial disputes, both domestically and internationally.

He was an accredited mediator under the Australian National Mediator Accreditation System (and a Victorian Bar and IAMA Accredited Mediator) and a Sessional Member, Victorian Civil and Administrative Tribunal. He is the author, or co-author, of leading texts in the property, equity, leasing, securities and commercial law fields and of numerous articles and conference papers on commercial arbitration (domestic and international) and property and commercial law subjects.

Justice Croft is an Adjunct Professor of Law, Deakin University, Melbourne. He was appointed Senior Counsel in 2000.

Justice Croft is presently a member of the Hague Conference on Private
International Law Working Group on Choice of Law in International Contracts.