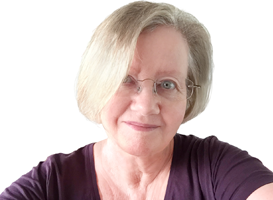 Judge Gibson, who has been Bulletin Author for Australian Defamation Law and Practice since 1993, was appointed Judge of the District Court of NSW in 2001. She has written a number of seminar papers and articles on defamation law issues, most recently for the Media and Arts Law Review (J C Gibson “Adapting defamation law reform to online publication” (2018) 22(2) MALR 119). She has written articles on social media and online publication, most recently for the International Journal for Court Administration (“Social Media and the Electronic “New World” of Judges” (2016) 7 IAWJ 1).  Her other judicial activities include being a member of the Costs Assessor Rules Committee (“CARC”) set up under the Legal Profession Uniform Law 2014 (NSW).

Judge Gibson has also participated in committees and organisations focusing on comparative law issues. She was appointed by the Ministry of Justice of the Republic of France to the Conseil Scientifique (AED Attractivité du droit) between 2004–2007and to the Fondation pour le droit continental from 2008 to 2016. During this period she was the co-editor (with Judge Bertrand du Marais of the Conseil d’Etat) of Réformes du droit économique et développement en Asie, published by La documentation française (2007), and a reader for the Henri Capitant Law Review (ed. Prof C Grimaldi) (2011). Since 2016 she had been the co-chair (with Dr Wolfgang Babeck) of the Comparative Law Focus Group of the Law Council of Australia’s International Law Section.

Judge Gibson has also been an Affiliate at the Centre for Asia and Pacific Studies (http://sydney.edu.au/law/caplus/about.shtml), University of Sydney, since 2009 and, since 2012, a member of the Reader Panel member for the China Journal of Comparative Law, published by Oxford University.