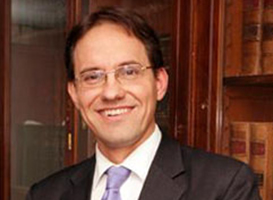 John has been a practising family lawyer since 1993, and was accredited as a family law specialist in Victoria in 2003. He joined Kennedy Partners, Lawyers, a family law firm with high Australian and international reputation, in December 2007, and became a partner of the firm in July 2012.

John has actively participated in the committees of the Family Law Section of the Law Institute of Victoria since 2003, and has been Chair of the Maintenance and Property Committee since 2011.

As part of his involvement within family law committees, John was instrumental in the drafting of a submission to the Victorian Government in 2004 that same sex couples be able to register their relationships. Such legislation was enacted in Victoria in 2008.

John has frequently presented at continuing legal education sessions, both within Australia and overseas. He is the co-author of the article "Doubly divided: Financial claims after death and relationship breakdown", published by the Law Institute Journal in October 2012.

John also assists in teaching and marking within the "Family Law and Practice" subject, forming part of the Graduate Diploma of Legal Practice course run by Australian National University.