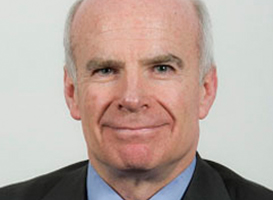 John is a barrister and member of the Victorian Bar of over 30 years standing. An experienced advocate, his principal area of practice is general commercial litigation, including contract, sale of land, property, equity, professional negligence, corporations, insolvency, and succession.

John is a co-author of Lexis Nexis publications, Civil Procedure Victoria and Australian Uniform Evidence, and the text, Australian Uniform Evidence Law: Principles and Context (LN, 2019). He also contributes to other LN publications, including Halsbury’s Laws of Australia and Court Forms Precedents & Pleadings, Victoria and is on the editorial panel of the Alternative Dispute Resolution Bulletin.

He is a Fellow of the Chartered Institute of Arbitrators (CIArb) and ACICA. A National Councillor of CIArb’s Australian branch since 2014, he is presently Branch President. John successfully completed his Diploma of International Commercial Arbitration (CIArb UK) at Oxford University in 2012 and has been a FCIArb since 2014. John teaches in CIArb courses including, the Diploma course. He is empanelled with AIAC (formerly KLRCA) as arbitrator, adjudicator & mediator.

He has published and presented many papers in Australia and also internationally on topics in varied areas of law and practice, including contract, equity, practice and procedure, ADR and international arbitration, including presentations in Malaysia, Singapore, Indonesia and Sri Lanka.

John is a member of the Law Institute of Victoria, the IBA, Legal friends of the Recital Centre and Asialink’s Chairman's Club.

John is married with 4 children.

Liability limited by a scheme approved under Professional Standards Legislation