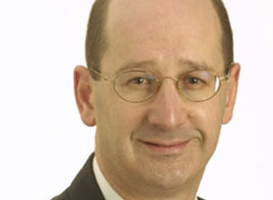 Jeffrey's practice encompasses building, civil engineering and infrastructure projects, alliance contracts, and rolling stock supply and long-term maintenance projects. Jeffrey practices in both the initial phases of these projects (tendering advice and drafting and negotiation of contracts) and dispute resolution (wherever possible by way of cost and time effective alternatives to court or arbitration such as adjudication, expert determination, mediation, senior executive appraisal or mini trial).

Jeffrey has been one of the key advisers in relation to a number of major construction and engineering projects such as the Snowy Hydro 320 MW gas fired peaking power station in Victoria, the Delta Electricity Munmorah gas fired power station project in NSW, the Victorian Hospitals' Cogeneration Project (one of Victoria's first privately funded infrastructure projects), the Biosciences Research Centre PPP in Victoria and new ammonium nitrate processing plants in Indonesia and other parts of the world.

Jeffrey has advised on numerous commercial construction and infrastructure projects such as the new General Motors Holden engine manufacturing plant in Fisherman's Bend and the Austin Repatriation and Mercy Hospital development. Jeffrey was the principal adviser to the supplier and maintainer of new rolling stock (trams) for Metrolink in Victoria.

Jeffrey is also the author of detailed annotations to the NSW and Victorian Security of Payment legislation. He was admitted to the Supreme Court of Victoria in 1986 and Supreme Court of Western Australia in 2001.