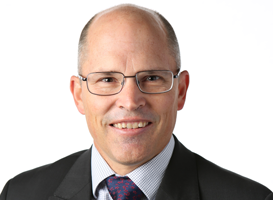 Grant teaches and researches in Public and Administrative Law at Sydney University Law School.  Before moving into academia he was a partner in the Australian Government team at DLA Piper International before leaving to undertake his PhD at the University of New South Wales.  He completed his PhD in 2016 with a thesis titled: Parliament v The High Court? Natural justice, codification and the Australian Migration Act.

2017:  Presentation at AILA National Conference Brisbane:  Judicial Review and Proportionality: Making A Far-Reaching Difference to Administrative Law in Australia or a Misplaced and Injudicious Search for Administrative Justice?

2015:  Presentation at AILA National Conference Canberra:  From the Magna Carta to Bentham to Modern Australian Judicial Review:  Themes of Practicality and Spirituality.

2014:Presentation at Gilbert + Tobin Postgraduate Workshop:  The Rise of Judicial Power and the Rule of Law.