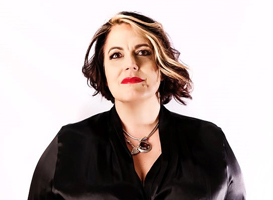 Felicity Gerry QC specialises in leading for the defence in serious and complex criminal cases, including terrorism, homicide, sexual offending, modern slavery and white collar offences, as well as criminal appellate work . She was called to the Bar of England and Wales in 1994 and took silk in 2014. She has been in Australia for over 7 years and is based in Victoria at William Crockett Chambers, Melbourne. She was Solicitors Journal Legal Personality of the Year for 2016 and has been described in the Legal 500 as “fearless and independent minded” and in Chambers and Partners as “A vastly experienced advocate noted for her experience in serious sexual cases, homicides and frauds”. She is a member of International Bar Association (IBA) and the Commonwealth Lawyers Association (CLA). She is the author of the Children and Sex Work chapters in Bourke’s Criminal Law Victoria, published by LexisNexis.