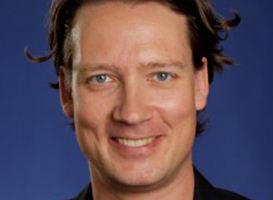 Dr Stefan Gruber is an associate professor at the Hakubi Center for Advanced Research of Kyoto University and is based at the Graduate School of Human and Environmental Studies. Until 2013, he taught at the Faculty of Law of the University of Sydney, and held visiting positions inter alia at the University of Hong Kong, the University of Ottawa, and Renmin Law School of China in Beijing. He also continues to teach and research at law schools in China and East Asia on a regular basis. Stefan is further active as a consultant, and is a legal practitioner and member of the World Commission on Environmental Law. He was educated at the Universities of Sydney, Frankfurt, Mainz, and at Harvard Law School, and holds degrees in law, philosophy, and political science.

Stefan’s regional focus is on East and Southeast Asia and particularly China. His current research concentrates on the protection of cultural heritage; sustainable development law and policy; international and comparative environmental law, armed conflicts, regional security and cooperation; and human rights. Another major focus is on the illicit trafficking of cultural property, forgery, and other forms of art crime, their prevention and prosecution, and the restitution of illegally exported objects.