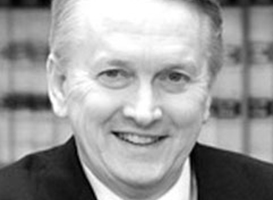 Robert (Bob) Austin held an academic position in the fields of equity and company law at the University of Sydney from 1969 to 1990, becoming Professor (1984) and Head of the Department of Law (1985). He has continued to teach, with emphasis in recent years on corporate takeovers, fundraising and corporate governance. He is Challis Lecturer in Corporate Law.

He was a member of the Takeovers Panel from 2001 to 2006. After serving as a Judge of the Supreme Court of New South Wales from 1998 to 2010, he has returned to full time legal practice with Minter Ellison.

His many publications include Ford's Principles of Corporations Law (with IM Ramsay); Austin, Ford and Ramsay, Company Directors: Principles of Law & Corporate Governance (2005); and Austin & Black's Annotations to the Corporations Act (with Hon Justice AJ Black).