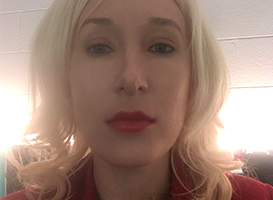 Marilyn was born and raised in Toronto, Canada. She moved to Perth, Australia in 2006. Marilyn is a Senior Lecturer and Director of Professionalism at the University of Western Australia Law School. She teaches Procedure, Professional Practice and Social Media and the Law. She researches in the areas of social media and the law, Body Image Law and Health Law. Prior to commencing work as a Senior Lecturer at The University of Western Australia Law School, Marilyn enjoyed working as an academic at the Law School at The University of Notre Dame Australia (Fremantle Campus) for six years. Marilyn also works as a consultant in her research areas for legal organisations. She has completed consulting work for The Association of Australian Magistrates, The Australasian Institute of Judicial Administration and The Judicial Conference of Australia. Marilyn is also a body image activist and co-manages the Facebook page beautyisonlyphotoshopdeep. She is a freelance journalist and has written for The Toronto Star, The Toronto Metro, The West Australian and The Sydney Morning Herald.