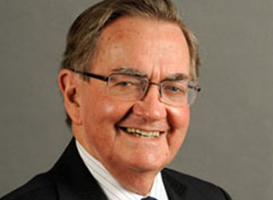 Dr Lindgren was a Judge of the Federal Court of Australia from July 1994 until he reached the mandatory retirement age for Federal judges in February 2010. At the time of his appointment to the court he was practising as Queen's Counsel at the Sydney Bar, mainly in the area of commercial law.

While on the Bench of the Federal Court Dr Lindgren heard and decided cases across the full range of that court's jurisdiction. He was a member of the Corporations, Tax, Patents and Competition Law Panels in the New South Wales District Registry of the Court.

During his time as a Judge, Dr Lindgren was the President of the Copyright Tribunal of Australia from 2000 to 2007.

Dr Lindgren is the author, co-author or editor of several books, numerous journal articles, as well as conference papers in the area of commercial law. He has continued to pursue such writing activities, as well as undertaking mediation and arbitration work, in his "retirement".

He is the General Editor and part author of LexisNexis's Lahore Copyright and Designs, High Court and Federal Court Practice and Federal Civil Litigation Precedents, and is the author of the Lindgren's Business Law of Australia service and the 12th edition of Vermeesch and Lindgren's Business Law of Australia published in 2011.

Dr Lindgren was made a member of the Order of Australia in the Australia Day Honours list in 2012 in recognition of his "service to the judiciary and the administration of justice through the Federal Court of Australia, and to legal education in the area of commercial law".

Dr Lindgren has presented at numerous events over the years and has a long and comprehensive list of engagements to his name spanning across all the areas of his expertise.