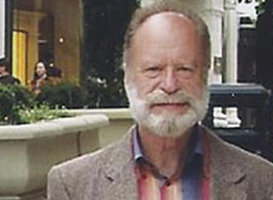 He received his Doctorate in Philosophy from Macquarie University in 1987, his thesis topic being The Conseil d'État under the Third Republic, 1879-1914. The Conseil d'État is a legal and administrative body functioning in France since the time of Napoleon. It is the third highest ranking assembly in the nation and also functions as a court. His thesis was reviewed by examiners in Oxford, Paris and Melbourne, and chapters from it have been published in French in the Etudes et documents du Conseil d'État (Paris) and the prestigious French history journal French History (Oxford University Press).

In 2013, Dr Elms received the Medal of the Order of Australia (OAM) for his services to the law in this State and to the community.

Dr Elms is the author of the annotations and commentary in the LexisNexis service Motor and Traffic Law NSW and is also a co-author of Ritchie's Uniform Civil Procedure NSW. Between 1991 and 2005, he was the sole Author and Editor of LexisNexis Butterworths' Local Courts Civil Procedure NSW, and the General Editor of the NSW Local and District Courts' newsletter Direct Link during the 1990s.

Medal of the Order of Australia (OAM) for his services to the law in this State and to the community.