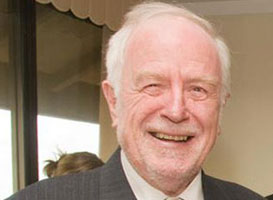 David St L Kelly was educated at Adelaide and Oxford Universities. He was a foundation full time member of the Australian Law Reform Commission 1976—1980. He was the Commissioner in Charge of the reference on Insurance Law. The Commission's reports on the subject led to the passing of the Insurance Contracts Act and the Insurance (Agents and Brokers) Act in 1984. He also served two terms as a part time commissioner.

He has published books on insurance, conflict of laws and debt recovery. He is also an expert on plain language drafting. He is a contributor to the Australian Dictionary of Biography, has published numerous articles on the history of furniture in England and Australia, and is about to publish a book on the furniture makers of NSW 1788-1851.