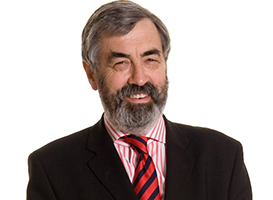 David practised for many years as a senior partner at Freehill Hollingdale & Page, Melbourne, as head of the banking department and as special counsel at KPMG Legal.

He writes and contributes many articles and papers at professional seminars and conferences in the areas of dispute resolution, civil procedure commercial law and ethics.

He is the author of Discovery and Interrogatories Australia, the senior author of Civil Procedure Victoria and a contributor to Halsbury’s Laws of Australia. He was a co-editor of Court Forms Precedents and Pleadings Victoria from its inception until 2017.

He was a member of the International Legal Services Advisory Council 1991 – 2000 (Commonwealth Attorney-General’s Department).

He is an adjunct professor of law at Victoria University, Melbourne.

He was the inaugural chair of the International Law Section of the Law Council of Australia 1987-1991.